home Exploration, Headline News, Production, Refining 3 Key Factors That Must Be Included In All Oil Analysis

Why OPEC’s current position in the oil industry is misunderstood.

The time factor and how it relates to Saudi Arabia and its budget.

U.S. shale and companies exposed to it have changed the oil industry forever. 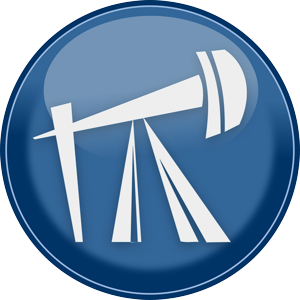 It continues to boggle my mind when reading or listening to much of the analysis surrounding the oil industry, as much of the chatter is from the assumption the oil industry is going on as it always has in the past, with the battle for market share being the primary reason for the low price of oil. That’s simply not true.

When you go back and look when Saudi Arabia decided to keep production levels near the top for itself and OPEC, it was when U.S. shale oil was starting to really take off.

It may seem obvious, but this is the new factor that has changed oil forever, and there is absolutely nothing OPEC can do to reverse that trend. At best, as it is attempting to do now, it can slow it down.

The most popular idea being circulated as it relates to oil is OPEC is continuing to produce at such high levels in order to maintain market share. That’s true as far as it goes, but it’s not the fundamental reason.

Why the cartel keeps production so high is because of U.S. shale oil. If it moves to support the price of oil, it provides an opportunity for those companies exposed to shale to generate significant revenue and earnings. If it maintains production levels at where they’re now at, or increase them, as is going to happen in 2016 because of Iran, and to a lesser degree Libya and Indonesia, it will continue to lose revenue as measured against their past performance. Either way, OPEC will lose.

Obviously, the decision has been made to keep the oil flowing, which means it’s a race against time and national budgets as the market adjusts to shale.

OPEC needs to be understood against the backdrop of losing control of the mid and top end of the price of oil; something it has been able to control for decades. It can still take charge of the lower price of oil, because of its production capacity, but it can no longer do the same on the higher prices because of shale companies being able to wait with DUC wells and bring them into production quickly, once the price of oil reaches profitable levels.

Another key factor to consider when analyzing oil is the time factor in how long Saudi Arabia in particular has to adjust to the new market realities.

It is now operating at a deficit close to $100 billion annually, with reserves between $600 and $700 billion. It has also went to the bond market to make up for short-term budget deficits.

Assuming it will do little to deal with its emerging budget crisis, it would have about 5 years before it ran out of money. That’s the best case scenario.

My outlook is Saudi Arabia will not have much longer than a couple of years to make some serious changes in its budget if it wants to lower its exposure to unrest, which is so prevalent in the Middle East, and can happen quickly.

So while the competitive attack on shale oil continues via high production levels and low oil prices, there is an observable time frame to consider the length of time Saudi Arabia has to implement budgetary changes.

The point in this is Saudi Arabia is a country and not a company. It has funded and non-funded liabilities only a nation has, which makes it a higher risk entity.

This at least give a time range investors can look at to see how long before serious steps have to taken to curtail production. Even under those circumstances, shale oil has the ability to frustrate the initiative, which will raise the price of oil some, but would be limited in comparison to the past.

The reason U.S. shale has changed the oil industry forever is first, it represents huge oil reserves which were inaccessible in the not-too-distant past. That means more supply for many years.

Another key element is the way shale companies can produce oil.

It’s different than say, Russian production, where it takes a long time to move into production or lower production, because of the cold climate and the different technology used to produce oil.

Beyond its own revenue needs, it’s a key reason it’s not in a hurry to come to an agreement with OPEC to reduce supply. It would be at a disadvantage because OPEC countries can essentially turn the taps off and on, while Russia would take months to resume production if it shut some wells down.

With shale it’s different because companies can develop wells and then wait before bringing them to production. The amount of time to do, in most cases, is a month or less. This, along with the amount of oil reserves, is what has changed the oil game, and there is no returning to the past.

Why this is advantageous is shale companies, if a competitor or competitors decide to reduce production levels in order to provide oil price support, will be frustrated because those DUC wells can be brought into production in response to higher oil prices, effectively removing the ability of OPEC to control the mid and upper price range of oil. That is the variable that hasn’t been there in the past.

This is why I’m not concerned about the U.S. shale industry in general. It can’t be beaten down in and of itself. Individual players can and will take a beating of course, but the oil remains in the shale waiting to be extracted. Nothing can change that.

All investors, if they want to analyze the oil industry at the macro-level, must include these three elements in all their research.

To this day I still see analysts and writers interpreting what’s going on as if U.S. shale is just a temporary weight on the industry, rather than the major disruptor it is.

Saudi Arabia isn’t only trying to maintain market share, as if this is centered around market competition between companies. It sees potential for extreme unrest if it gets caught off guard and doesn’t take steps to reduce the impact declining oil revenue will have on the country.

Unfortunately for Saudi Arabia, it doesn’t have a lot of alternatives available to it as Russia does. For now it’s cutting back on projects in the pipeline, freezing some wages of government employees, and looking for industries to privatize.

All of OPEC is experiencing similar situations, although at different levels than Saudi Arabia.

Whenever analyzing oil, we need to keep all of these factors in focus, as at the macro-level, they will be what drives the present and future of the industry. Everything else is secondary.