For the energy industry, it was “déjà vu all over again this year as BP announced massive layoffs.

Oil price environment has worsened, with WTI briefly slipping to under $30 a barrel.

BP is the first oil producer to announce significant job cuts this year; others will likely follow.

But BP may also have to adjust its oil price outlook and cash flow neutrality plans.

The beginning of 2015 was marred by thousands of layoffs in the energyindustry which was bracing for a tough oil price environment as the US benchmark WTI crude slipped to around $45 a barrel in last January. But that was just the beginning.

Energy companies all over the world, ranging from oilfield service providers like Halliburton (NYSE:HAL) and Schlumberger (NYSE:SLB) to independent producers like Apache (NYSE:APA) and EOG Resources (NYSE:EOG) to oil majors such as Royal Dutch Shell (NYSE:RDS.A) (NYSE:RDS.B) axed more than 250,000 jobs in 2015. It was “déjà vu all over again this year when the European oil major BP (NYSE:BP) announced that it is going to slash 4,000 jobs over the next year or two as it braces for even lower oil price environment. 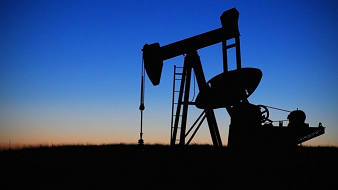 The London-based oil producer said that the layoffs, which represent 5% of its total global workforce, will occur at the exploration and production division which is bearing the brunt of oil’s collapse. The unit has seen its adjusted earnings plunge 85.2% (excluding Rosneft) in the first nine months of 2015 as compared to the prior year. The cuts will happen mainly in regions where BP has significant oil and gas production business, such as the North Sea, the US Gulf of Mexico, Angola and Azerbaijan. As a reminder, BP eliminated 4,000 jobs last year.

BP has said that the current cuts are a direct result of low oil prices and the ongoing restructuring activity, though I believe the job cuts have more to do with oil prices than anything else. On Tuesday, WTI briefly fell below $30 a barrel for the first time in 12 years, just hours after BP announced its plans. The drop has come on the back of heightened concerns regarding slowdown of Chinese economy which has driven much of the oil’s demand growth over the last ten years, near record production from OPEC members and a lack of major pullback from major non-OPEC producers such as US and Russia. Analysts at Citigroup and Goldman Sachs have previously warned that oil could touch $20 a barrel due to worsening macro environment. Those warnings now look far less outlandish.

The market’s sentiment is turning more bearish. Analysts at Morgan Stanley believe that the tough market conditions coupled with strength in US dollar could take oil below $30 while Standard Chartered fears prices dipping to $10 in 2016. No wonder BP is preparing for the worst, but it’s not alone. The Brazilian oil giant Petrobras (NYSE:PBR) has recently reduced its capitalspending plan for the next four years by 25% to $98.4 billion. Others will also follow suit. As the rout intensifies, we’ll likely hear about more layoffs and spending cuts from other energy companies. The leading oil producers will come under increasing pressure to take additional measures to improve balance sheet, bolster cash flows and protect dividends.

But BP may have to do more. BP was one of the first to predict prolonged weakness in oil prices, but it certainly did not see oil dipping in the $30s. In fact, in late-October, when WTI was hovering north of $40 a barrel, Bob Dudley, BP’s chief executive said he didn’t “quite think $40 will happen.” At the same time, BP also presented its future plans, saying that it intends to become cash flow neutral by 2017 and positive by 2018.

In other words, this meant that the company will be able to cover its capital spending and dividends from internally generated cash flows, rather than borrowings, by 2017. But this plan was based on the company’s medium term oil price outlook that saw Brent climbing to $60 a barrel by 2017.

That target looked realistic back in October, with Brent in $45 to $50 a barrel range. But since then, the oil price environment has worsened. Brent is currently just slightly ahead of WTI at $31.60. For BP’s plan to materialize, Brent must recover by almost 90% to $60 in the medium-term and stay at this level for a prolonged period. This sounds rather optimistic in the current environment. I believe BP may have to adjust its medium-term oil price outlook and cash flow neutrality plans. We’ll likely hear more on this when the company releases its fourth quarter results in early-February.