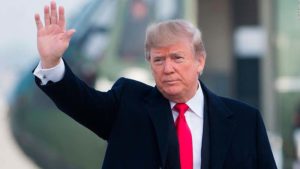 According to an article in Bloomberg Markets, “After prices were boosted by OPEC’s output curbs in 2017, the U.S. President has shifted the focus to geopolitical risks, with his pursuit of sanctions on Iran and North Korea potentially having significant consequences, the bank said. That’s in addition to political disturbances in some OPEC members like Iraq and Libya that could see crude supplies decline, boosting oil to levels between $70-$80, it said in a Jan. 9 report.”

“Many of these uncertainties have significant consequences for commodities,” Citigroup analysts including Ed Morse wrote in the report titled Wildcards for 2018: Trump looms large along with systemic risks. “It is not a surprise that our list of potential wildcard events in the year ahead retains a focus on the United States.”