Oil prices soared this past week, driven largely by great news coming from the EIA.

Although not every indicator (think production) was bullish, the drop in inventories was impressive and shows signs of potential capitulation.

Add to this the drop in the Baker Hughes rig count and investors should remain more bullish than bearish moving forward.

Oil prices soared this week, climbing around 9%, largely driven by great newscoming from the EIA (Energy Information Administration) concerning inventory levels for the prior week’s period. Although the near-term view for crude still appears somewhat negative, this is a refreshing release that helps to alleviate the issues reported a week earlier, which saw inventories soar significantly. In what follows, I will dig into the data and show that, while investors should expect volatility in the weeks to come, this is long-term bullish for those invested in energy companies like Linn Energy (LINE)/LinnCo (LNCO) , Breitburn Energy Partners (BBEP), and Approach Resources (AREX), as well as for those invested in the United States Oil ETF (USO). 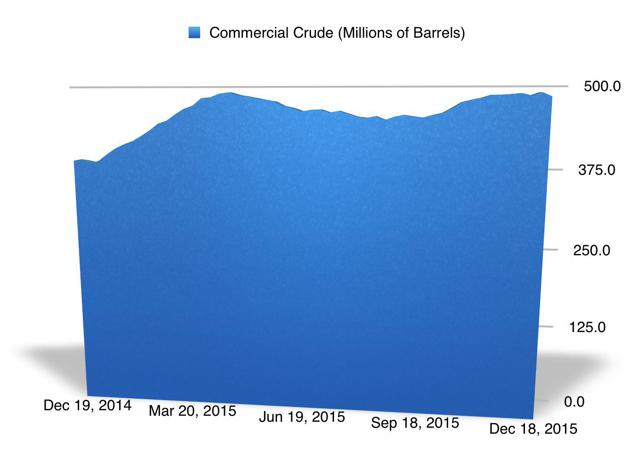 Production and demand were a bit of a letdown

There’s no denying that the inventory picture for the week could hardly be better than it was. What was somewhat disappointing, though, was the data covering domestic production and demand. According to the EIA, domestic crude production hit 9.179 million barrels per day for the week. Although this is virtually unchanged from the 9.176 million barrels per day seen a week ago, it would be nice to see a sustained downturn in production. At some point in time, the large drop in the U.S. oil rig count should have a negative impact on output beyond the 431,000 thousand barrel per day drop seen since production peaked earlier this year, but the timing of the drop is uncertain. 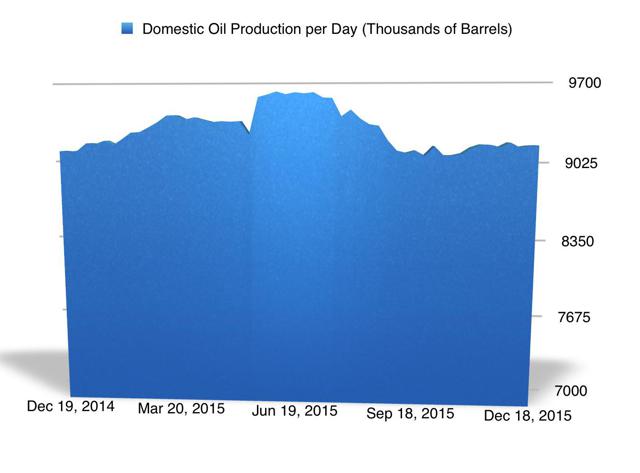 Although a useless indicator for short-term oil production, the oil rig count should be a good indicator for the long-term path that production will ultimately take. According to Baker Hughes (BHI), the number of rigs in operation in the U.S. declined by 3 to 538 for the week. This represents a 64.1% drop compared to the 1,499 oil rigs that were in operation the same week a year ago. In Canada, where decline rates are much lower (so rig count matters less), the number of units in operation plummeted by 27 to just 44. This represents a decline of 53.2% from the 94 units that were operating the same week last year.

Right now, the picture facing oil from a pricing standpoint could certainly be better but data from both the EIA and Baker Hughes suggests that the situation is improving again. In addition to seeing inventories decline by a nice chunk, the rig count is also falling. Unfortunately, production is still stubborn for now and demand for products like motor gasoline could certainly be higher but, overall, the data reported for the week is certainly more bullish than it is bearish.