Political events in the Middle East are moving the Saudi/Gulf way.

I believe there is an agreement to patch things up.

This will lessen the Saudi/Gulf need to use the oil weapon.

Back on December 14, I wrote on by blog The Commodity Strategist:

“It is unrealistic to think that the Saudis and their Gulf allies will give on output without getting something in return. Since it is highly unlikely that the other OPEC members will cut output, this “something” has to be political. It will be tied up with the battles raging in the mideast. When it looks like there may be progress on those, we can start thinking about a firming of oil prices.”

That time is now. The politics in the Middle East are breaking the Saudis’ way, and I believe understandings have been made. 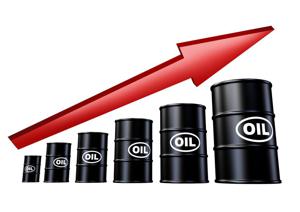 So I believe we are at or near (in terms of time) of a bottom in oil. How to play this? I am trading oil futures from the long side. My idea is that there will be a good two-way market for awhile with an upward bias. This is buy the dip tactics. Here are some other ideas for readers who are not active traders.

And finally, don’t trade with money you can’t afford to lose! This trade is my opinion only, and I have been known to be wrong before.