home Exploration, Finance This Oil Company Follows the Path but Beats the Numbers 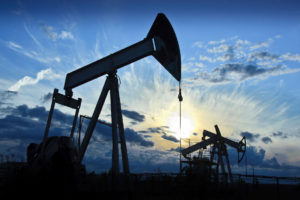 News from the first two quarters of this year has been on megadeals as producers gobbled up acreage and rival companies in prime locations in an effort drive down costs during the long oil slump.  Those searches are now going beyond the Permian basin to include up-and-coming Anadarko basin in Oklahoma and northern Texas, which attracted six big deals worth a combined $3.9 billion.  “They’ve swallowed the elephant, and now they need to digest it,” said Joe Dunleavy, the head of energy and utilities deals at PwC, the global accounting and consulting firm that put the quarterly report together. What is the solution?

All this posturing by energy companies to restructure, acquire, upgrade and strive for better results from producing fields, proves to be a challenge in a depressed commodity cycle. Eventually these efforts become noise to the investor community unless you have a plan to make it work together.  Coordinating this restructuring costs big dollars and traditional funding sources are not that cooperative at current oil prices.

Even with cost efficiencies and new technology, oil companies throughout the region have averaged not so stellar rates of returns.  For example, January returns in Eagle Ford (a typical well in the basin) averaged 26%, marking a high that hasn’t been achieved since August 2015 when the IRR reached 27%.

One such oil company, Petro River Oil (PTRC), has followed this trending expansion path with their latest acquisition of an additional 46.81% stake in its 106,500-acre concession in Osage County, OK giving the company 75% ownership in that proven field. Nine (9) new development wells and three (3) exploration wells are scheduled for this year following successful discovery wells in the second quarter.  The total prospective resources from this program is approximately 1.26 million BOE.  Adding to the attraction of this deal is the company’s single well economics showing an average whopping 163% IRR.  Financing this project was quickly arranged and closed with a large portion of the $2.67M raised by management reflecting its confidence in and commitment to the Company’s development and exploration plans.

This company is expanding with a dynamic action plan, in sought-after oil fields, using state of the art 21st century technology, financing their deals efficiently and showing very impressive internal rates of returns, following the path but beating the numbers.