Overproduction, high inventories, Saudi Arabia’s battle with U.S, shale oil producers and with Iran, and OPEC’s failure as an institution are the main causes.

However, many indicators are showing that the oversupply glut might be over sooner than everyone is thinking.

This will create a magnificent short squeeze for the commodity and for oil upstream and midstream companies, including master limited partnerships (MLPs). 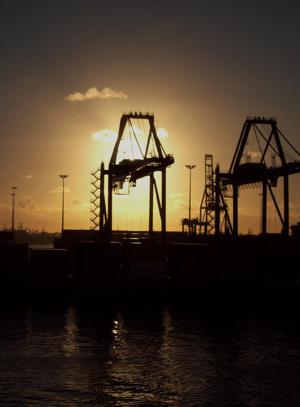 There are several reasons for the free fall in the commodity: 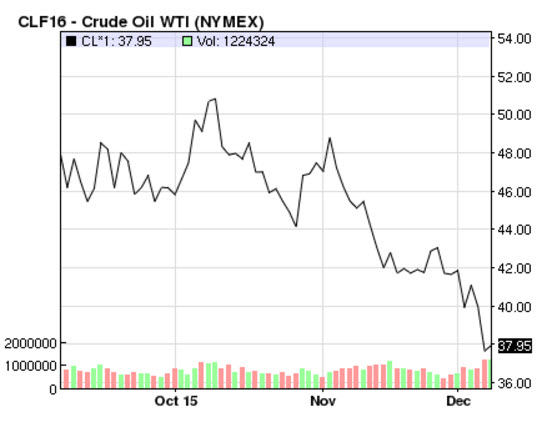 The world is experiencing an acute investment slump in oil and gas, which will lead to tight supplies. Global investment in exploration and production has fallen from $700 billion last year to $550 billion in 2015. With U.S. crude prices below $40 per barrel, production investments are poised to sink further and faster in 2016.

The impact of a sharp drop in oil production is already clear through bothBaker Hughes’ weekly rig count (reported each Friday), and the EIA Petroleum Status Report (reported each Wednesday). The weekly drop in the oil rig count as U.S. and world oil is accelerating. Just last week, U.S. oil rigs fell about 1% in a single week (they fell by seven to a total of 737 rigs) and by a staggering 62% during the last year (they fell by 1,183 to a total of 737 rigs). This is the third consecutive week of decline. The drop in international rigs (other than the North American oil rig count) was over 16% during the past year only, while the Canadian oil rig count fell by over 58% during the same period.

Although oil production in the U.S. failed this year to keep up with the pace of oil rig count decline due to increased productivity on existing rigs, this comes at a high cost. Higher production on the same rig implies quicker decline rates for these oil wells, which ends up significantly reducing their life span. Unlike conventional projects, shale wells have an extremely short life, as more than 50% of the oil is depleted within the first year. So there is a lag-time effect until a production decline is felt in the market.Lower oil rigs means lower oil production: The EIA reports that U.S. shale output declines are projected to account for 500,000 barrels per day (or 5.3% decline). The total drop in non-OPEC production is expected by at least 300,000 barrels per day in 2016. Non-OPEC production will record its highest decline in more than two decades. The pace of inventory builds is expected to start slowing in the fourth quarter to roughly 1.2 million barrels per day. In 2016, inventory builds are expected to slow further to an average of 0.4 million barrel per day.

Large deficits by major integrated oil companies, after capital expenditures and dividend payments, as well as independent U.S. producers, reached a combined $100 billion. The Wall Street Journal reported that four oil majors — BP (NYSE:BP), Royal Dutch Shell (NYSE:RDS.A), Exxon (NYSE:XOM), and Chevron (NYSE:CVX) — have a combined cash flow deficit of $20 billion for the first half of 2015. That leaves producers with little money to spend on reinvestment, which will further drag down production. Once the oil wells dry out, it will take a considerable amount of time to ramp up new drilling after a long period of decline.

Taking into account all of the above factors, I expect acceleration in oil production to drop in the next few months as existing wells are being exhausted and the number of total wells is rapidly declining. 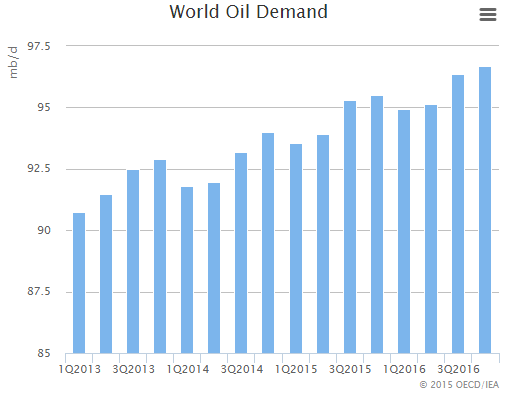 CIBC World Markets Economist Nick Exarhos notes that in the details of production data, he found a dynamic that could support crude prices next year (see “The Crude Glut Might Be Cured Faster Than You Think“). The following is a chart depicting the EIA world liquid fuels supply and demand: 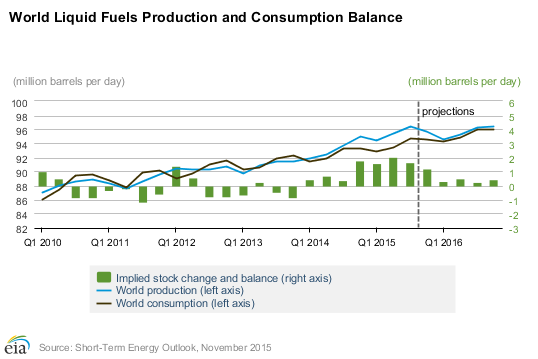 Prepare for a Magnificent Short Squeeze to Come

The commodity market is a forward-thinking institution. Once it starts to digest all the above factors, oil and gas prices will have to recover quickly. In the meantime, prepare to profit from a magnificent short squeeze in crude oil and natural gas by making a shopping list of the integrated oil companies and midstream Master Limited Partnerships.